Surf City Hash House Harriers (aka SCH3) searches for trail in and around Santa Cruz, California, which is located on the coast approximately 70 miles south of San Francisco.  Hashes are held every Thursday evening, regardless of surf conditions, rain, flood, snow, earthquake, sun spots, rioting or bar tabs at 6:33 pm.  Anyone 21 or older can join us.  So come out and Hash!

Cost per hash is $10 but if it is your first time at a hash, you get to hash for FREE!   So there is no excuse not to try out hashing!

Surf City Hash House Harriers, founded in November 2000, is just one of over 1700 worldwide chapters of the Hash House Harriers, an eccentric international running, drinking and socializing club founded in Malaysia in 1938.  The club is based on the old English game of “Hare and Hounds” and is centered around non-competitive running and enjoyment of beer. The term ‘running’ loosely means running, jogging, strolling, walking, lolly-gagging, or crawling and is secondary to the social aspect of hashing. The end of the run is where the fun begins.

What Happens at a SCH3?

Everyone who attends a hash is called a hasher.  At the hash, the Hare for that night will set a trail for the pack (aka the Hounds) to follow.  Several different

methods may be used to lay the trail, the most common being with flour and chalk.  Some Hashes use other methods for laying the trail.

The Hare is traditionally given a 15 minute head-start before the pack starts after.  The Hare uses various marks to indicate direction and deviously tries to outwit the pack. The packs purpose is to; catch the Hare, if possible, avoid getting lost and continue onward to the beer-check.

Eventually everyone makes it to the On-In, or “Religion” where running takes a backseat to socializing. The Hare gets abused, Hashers with Hash-crimes from the trail get abused, beer (soda and water) gets consumed and songs are sung.

The On-On-On is another chance to get together after the run, usually at a pizza joint or where-ever they’ll tolerate us, until we’ve eaten and drunk enough. 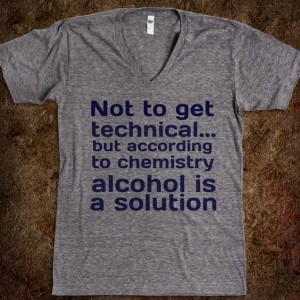