And now for something completely different…an UNhash! Hugh Heifer chose us, her closest (actually, just most degenerate) friends, to spend her 50th birthday with. There was no trail to be found–this was strictly a booze cruz. Every lazy bastard hasher who caught wind of this week’s unhash hopped off their dive bar stool or couch and got gussied up to kick-off Hugh’s 50th at The Red.  I could almost say that everybody cleaned up real nice and purty. The charming bartender, Aaron, offered Hugh a birthday blow job but she opted for some D.P. instead (a flaming Dr. Pepper). 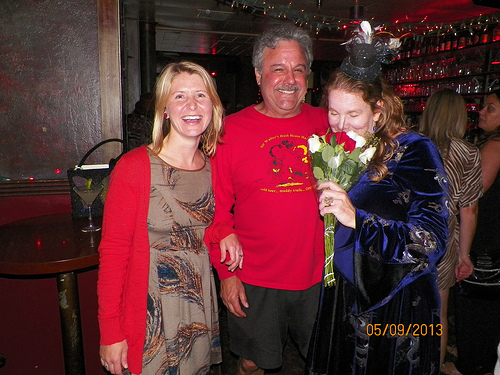 Next stop was down on the first floor at the Red Room. All this red was getting us fired up for Saturday’s Red Dress R*n. Speaking of fired up, in the back of the bar Hairy Fuck 2.5 and I hotly debated whether it’s called a Dutch “rudder” or a Dutch “runner”. I submit my evidence here.  I’ll bet Dog Breath totally knows for sure. I think he’s a Dutch boy since his home hash is The Hague, but he denies it and claims to be totally from Hawaii, brah. Until we see that birth certificate, let’s just call him an Interhashional Man of Mystery. 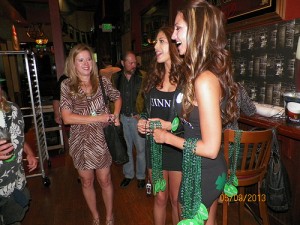 After Red Room, we headed down to Rosie McCann’s. I can’t believe they let us back in after Green Dress! The Guinness Girls were there to pass out some swag. No hasher can resist blinky beer swag, right? When all of Rosie’s was happy to see us finally go out the door, we moooved along to Motiv. We all grabbed a round and headed up the back stairs to our own little private ultralounge. VIP, bitches!!

The time had come to sop up the booze with some food, so the gang split for Tampico. Thmp-Thmp and I split for home because we have dumb jobs and a stupid alarm that goes off at 5:30am. You’ll have to get the rest of the story from Puff’s flash, but I’m pretty sure it ended a little something like this: 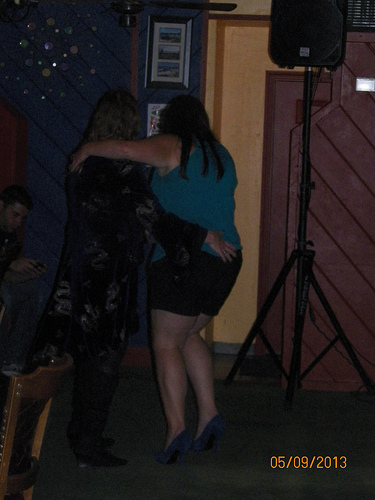