It takes FOUR hares to lay this trail…but Princess Di slipped out to check on her other weenies. 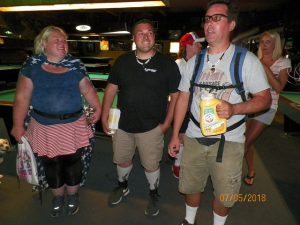 Thump getting ready to do his month old hash laundry….or maybe this time he really will set a live trail. 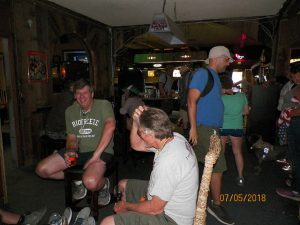 another head scratcher hash says Timmy!!! Dog Breath waits with bated breath for a divine message in a bottle….or in a red solo cup….or in a dog bowl. 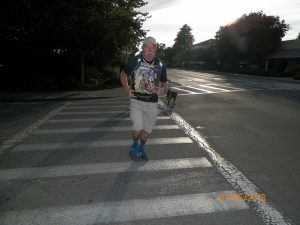 Say Hi to your new crossing 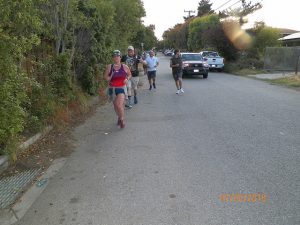 Notice how all the new kids are running for their lives….wonder what’s chasing them? All that marathon training has finally paid off for Ho to Housewife as she leads the pack in a frantic escape. Guess they were between a rock and a hard place. 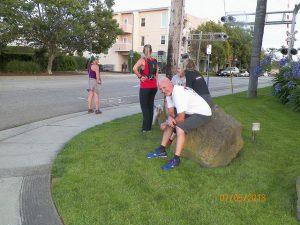 Check out that view from Privates! It’s not what you are thinking…get your mind out of the gutter. 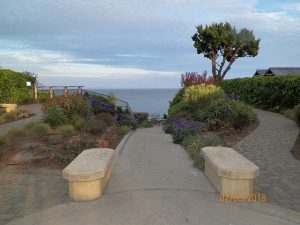 Oh, the promised land of weenies. 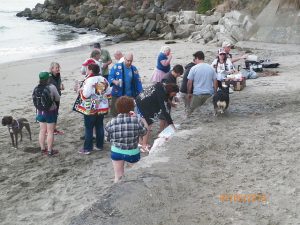 These two jokers were late the to party. Guess they were waiting on their embossed, engraved invitation rather than actually following the flour. 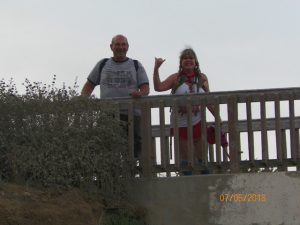 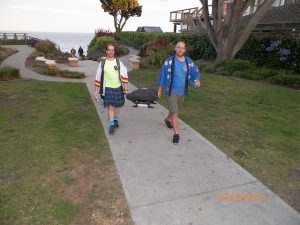 Have grill will travel. The party’s over. 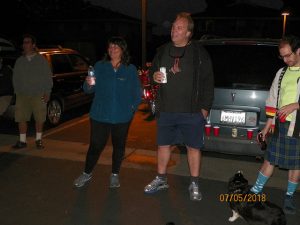 But it’s been revived since the arrival of Broke Bench and Cumz. 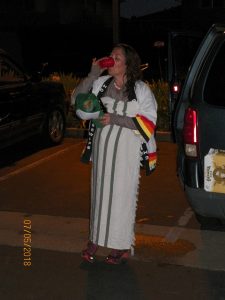 And our fashion icon Ho who caused fellow hashers – Dog Breath –  to miss marks and get lost….again.

This trio….My little Boney, Banana Basher and Wicked never made it out of fast eddy’s. Guess they were too cool to do trail. Maybe they thought they could pick up some chicks by showing off what they can do with their pool tool. 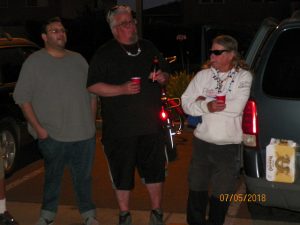 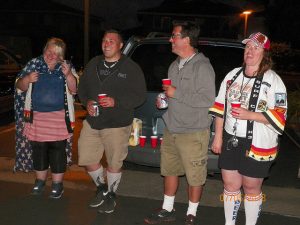 And then we have the hares. Just the four of them trying to honor a national holiday by wrapping themselves in festive flags and guzzling PBR’s. What’s better than red, white and blue all while getting YBF’d?

We had a visitor from Ft Lauderdale, Florida.

We had a big analversary….Steamy B with 75 hashes to his credit.

I think we had a virgin who told a bad joke.

I think we had weenies and beer….and a tofu burger or two.