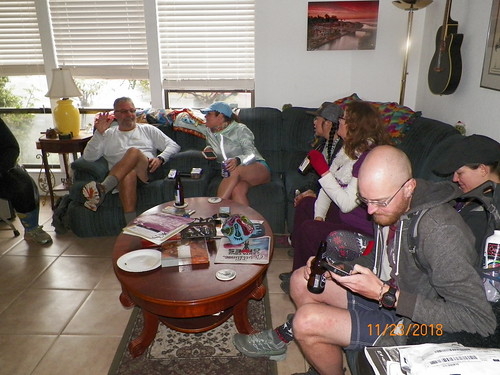 Trail set out quickly to Cabrillo College where both eagles and turkeys climbed the hill up to the Horticulture Center. Upon reaching the summit, we were rewarded with a slippery slope which ended in an LC pit of Fire… Ball. After warming our insides with a swig of cinnamon death, we went down the muddy trail and along a small trail before hitting the turkey eagle split. Eagle was a muddy climb in the trails above Cabrillo then a crazy paved descent along Vienna Drive. 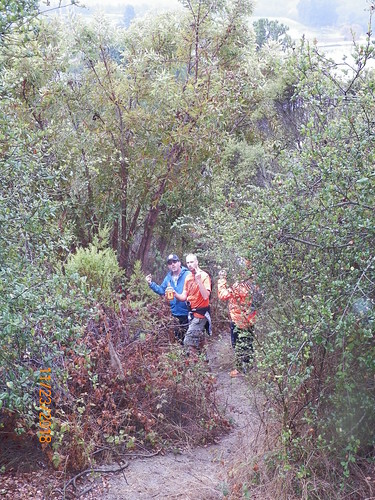 We reunited with the turkeys at the base of Cabrillo where we made our way back over Soquel Dr to the other side of trail where we found our next LC. Rumor has it that it was a pumpkin Kahlua mixture but I decided to skip this one, because it looked like pureed baby shit. We quickly made our way back to Steamy’s house, where we filled ourselves with beer, foods and the remains of the LC’s. 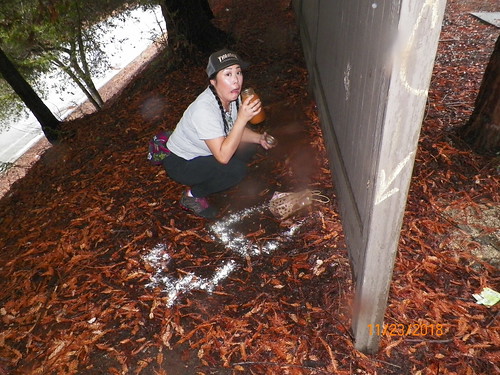 Once we reached a state of shit show, we decided it would be a good time to try to have religion. Little by little we got our drunk asses over to a nice little patch of grass that we really would have appreciated had the weather been warmer. 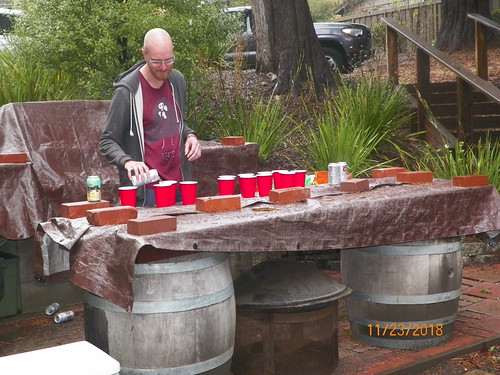 Dung Fu was our RA for the afternoon and also managed to be his own beer fairy. Down downs were given to our visitors, Missile Anus, Dual Tools Worm and Shanghiney for making the best move of their week and joining us for our Friday hash. Princess Diarrhea and Pink Cherry Licker were both given down downs for missing an LC. After reaching the Horticulture Center, they took one look at the trails and said “fuck this shit”. Not a bad call. PCL and Accuprick are really trying hard to get us all to learn the lyrics to the new SCH3 song “Number 45”. Hey, all I know is the chorus so far but we’re getting there! Myself (H2H), Dung Fu and Puff the Magic Drag Queen were all given a down down for slipping and falling on trail. Sorry about the mud on the fireball bottle, I had to wipe my hands on something! When it came time for backsliders to take their down downs, we included Occasional Rapist in the shame, since she tried to call up Organ Grinder, who wasn’t even there. How much of your LC did you have, girl? 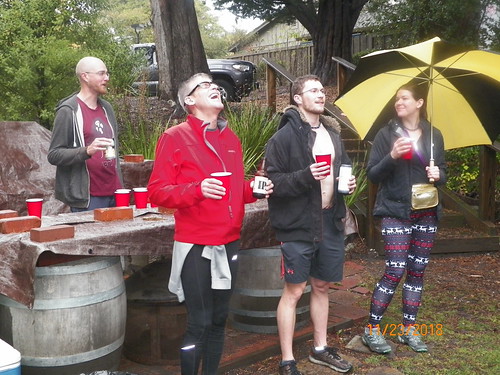 Lastly, our hares Steamy Baanorrhea and Occasional Rapist were brought up and chided for their shitty, shitty trail. 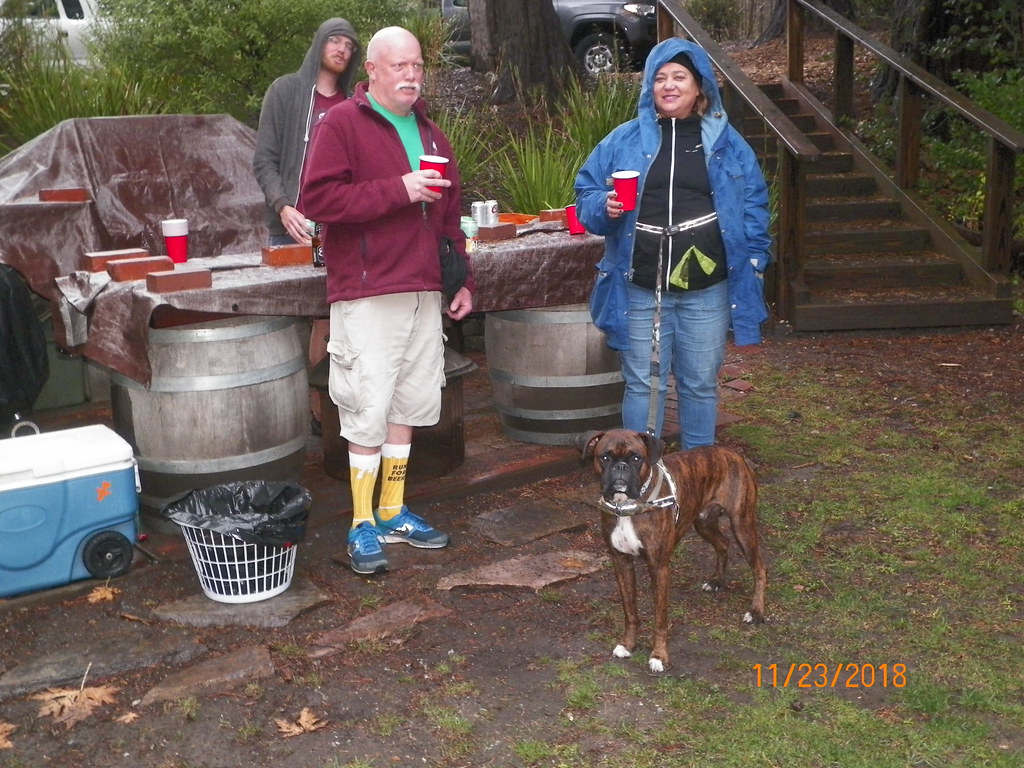 On on on went over to Manuel’s, where we drank and ate and drank to our cold little heart’s pleasure.

Next week will be hash 999 from 99 bottles. Our hares will be Dung Fu & Baker’s Doesn’t. I’m sure they have fantastic, terrible things in store for us. Don’t miss it! All the cool kids are going.