This week we  celebrated the twin birthdays of Occasional Rapist and Ho to Housewife. Giddy Up Girlfriends. 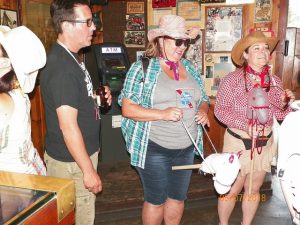 And we didn’t have to hitch up the ponies cause the gals kept them close to their sweet spots. 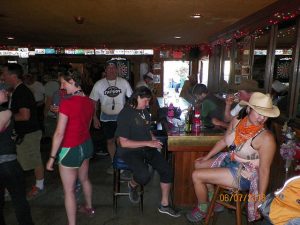 And amazingly the Hippie traded in her tie-dye for some turn of the century woman of the evening attire. Guess they let the hookers off duty early tonight. 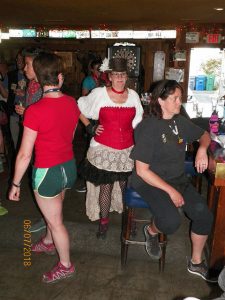 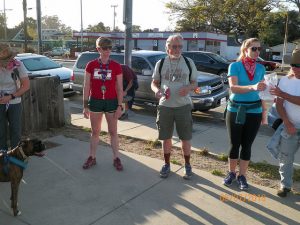 Some people got the costume memo and others felt that simply tying on a red handkerchief would suffice. Thankfully Cunt Jungle can pull it off. 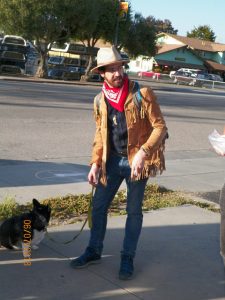 Bakers Dozen’t rocked the fringe. Bet he had to get his 60’s swede jacket out of the mothballs.

Nevertheless he is styling…almost as much as when he is in his chef’s coat. 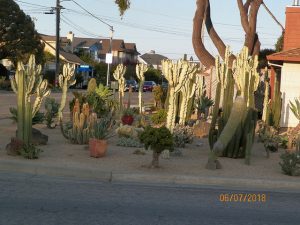 Need to be extra careful when rounding the corner…one false move would land you in the cactus patch. OUCH!! 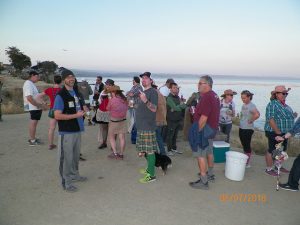 Beer check at sunset overlooking the Bay is always a hit. Still….note the kilt at the “Cowboy” themed hash. They say kilts are so versatile. 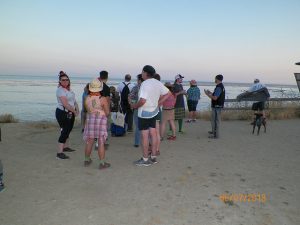 Back at the “MT Bar” aka Wicked’s back yard, things heated up, especially around the fire pit. 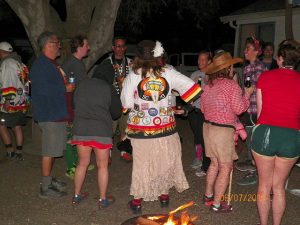 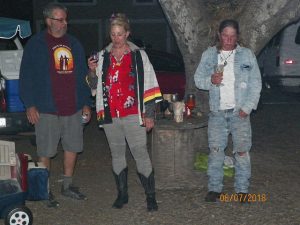 Taco Tramp got called up for not doing trail, cause “she works for jerks”. Well, better late than never especially when you show up in sweats AND cowboy boots.

Then we had a naming for Just Evan. Now known as Jeppetophile. 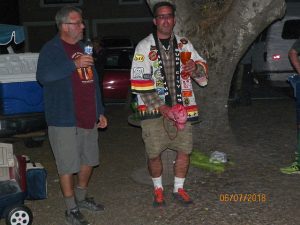 Hash Analversieries included the ever so droll and witty Thump Thump with 325 and Accuprick racked up a mere 275. Get a Life~ 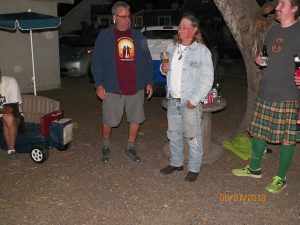 Thank you Wicked for hosting us again.